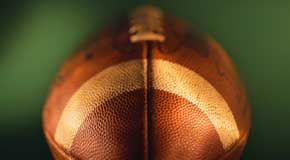 Like many, I enjoy the commercials played during the Super Bowl. Don’t get me wrong—I like the football, too. But let’s be real: A big reason a good majority of people even watch the game is to catch the commercials that a few companies pay millions of dollars to air (CNNMoney reports that this year’s ads hit an all-time high with a price sticker of $4 million for 30 seconds of air time) and probably months—even years—to develop. While eating way too much queso, wings and Chex Party Mix, I watched this year’s line-up with much anticipation. And when all was said and done, I have to say that the mix taught me a valuable lesson.

The three commercials that stand out to me the most advertised two different kinds of vehicles and a popular brand of beer. It is not the product that made the commercial stand out; it is the messaging used in their respective ads that still has me thinking about them. Which three are they?

These three commercials hit a soft spot in me. Yes, I remember the product that was being marketed in each, but what I remember most is the emotional connection they made. Beer, trucks and Jeeps don’t make you cry (usually). But the messaging those advertisers used while promoting their product did. They moved me. And I appreciate that.

So, what lesson can be learned here? Simple storylines, powerful words and beautiful images sell your product the best. You don’t have to hype your business or item to get your point across. You can do like these three examples do and softly sell, while moving your audience. This is applicable in advertising across the mediums—print, radio, billboards, fliers, digital, TV, etc. Use whatever time and space you have to make an emotional connection with people. Without it, your message will be lost in the black hole of other ads. More than 70 commercials were shown during this year’s Super Bowl, and only those three, using an emotional connection, remain the most memorable to me.

We hope this information is helpful, insightful and, if nothing else, provided a five-minute respite to your busy day.  Thanks for reading.  ‘Til next time. . .